Something silvery was site-specific performative intervention in the Homesession space in Barcelona.
The initial installation made the space inaccessible and unusable with a massive amount of silver foil and then make it accessible again in a two hour performance. The work aimed to change the way we perceive the space.
During the performance the audience was both forced to deal with the disturbance and free to find their own way through the space and their own use for the silver foil.
The performance in the Homesession space is the second installment of the work which was first presented at Roter Salon/Volksbühne Berlin in January 2016. 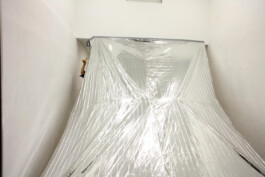 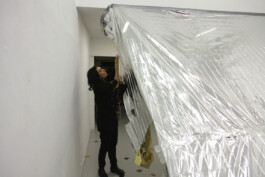 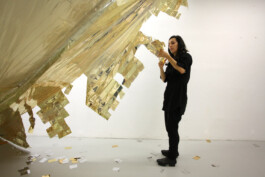 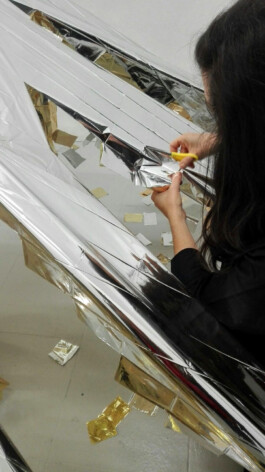